Pink Floyd - The Dark Side Of The Moon (Hybrid Multichannel SACD) * * * 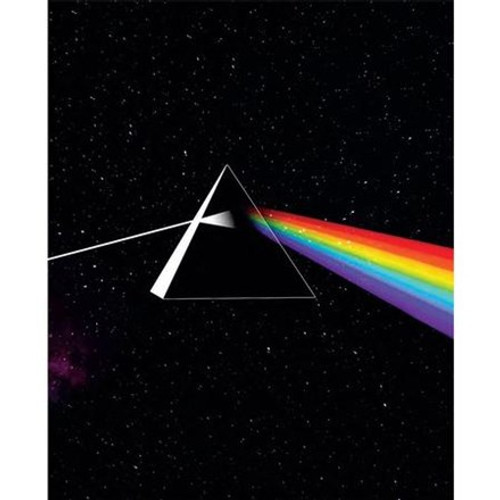 Pink Floyd - The Dark Side Of The Moon (Hybrid Multichannel SACD) * * *

Holy grail Pink Floyd title The Dark Side Of The Moon receives the multichannel reissue treatment courtesy of Analogue Productions! Mixed from the original analog master tapes by Pink Floyd producer/engineer James Guthrie, not only do you get to hear this legendary studio recording realize its full potential in 5.1 Surround Sound but a stunning Stereo Mix is also on offer here as well. And being that it's a Hybrid SACD the album is also playable on a standard CD.

Pink Floyd's 1973 commercial breakthrough album needs no introduction. Lush, immaculate production augments the slow, atmospheric soundscapes of neo-psychedelic rock to jazz fusion and blues-rock. By all industry standards, The Dark Side Of The Moon is a phenomenon. Known for its complex instrumental textures, the album firmly established Pink Floyd as one of the most innovative bands in rock history. A conceptual affair, its themes explore conflict, greed, time, and mental illness, the latter partly inspired by the deteriorating health of founding member Syd Barrett, who left in 1968.

Home to the signature singles "Money" and "Us and Them," The Dark Side of The Moon became Pink Floyd's first No. 1 album in the U.S., remaining on the charts for 741 weeks between 1973 and 1988. One of the best-selling and most critically acclaimed albums of all time, The Dark Side of The Moon also introduced the simple and bold iconic album cover artwork by Hipgnosis, which features a prism representing the band's stage lighting. It remains the album that anyone who has ever owned a decent stereo has in their record collection, no matter their musical tastes!