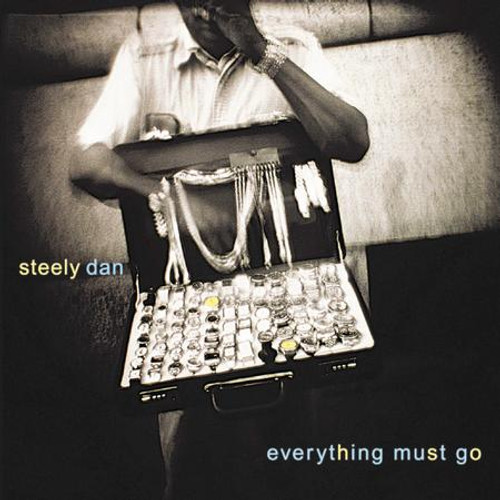 2003's Everything Must Go was the second album released by Steely Dan after they ended a 20-year studio hiatus and recorded and released 2000's Two Against Nature. The final album from the legendary duo, it bore a decidedly different sound than its predecessor, with Becker and Fagen taking things down a notch, sonically speaking, with the songs featuring arrangements that weren't quite as elaborate as their heyday. Additionally, the solos were more rock-oriented than jazzy, i.e. they were tighter, and the album felt more like it had been recorded live. It's also notable that the LP included the one and only Steely Dan song to feature Becker on lead vocals: "Slang of Ages." Although there were often rumors that Steely Dan would return to the studio again, it never happened, but at least the icons went out on a high note with another top-10 album.

Each Hybrid SACD reissue in the Analogue Productions Steely Dan Series is newly remastered by Bernie Grundman from the original master tape direct to DSD. The result is more sonic punch and more expression captured from the tape.