The Doobie Brothers - Takin' It To The Streets (Hybrid SACD) 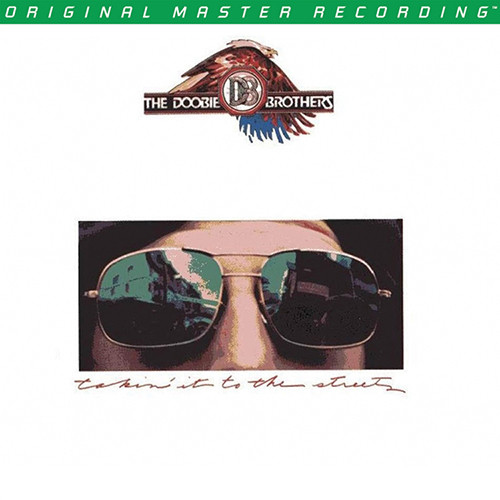 The Doobie Brothers - Takin' It To The Streets (Hybrid SACD)

Takin’ It to the Streets marks a high point in the Doobie Brothers’ career. Benefitting from the breakup of Steely Dan’s core band, the California group’s mellowed-out 1976 album is heavily influenced by the key contributions of former Dan members Jeff Baxter and Michael McDonald. The latter are responsible for an increase in soulful melodies and Latin-fused rhythms, which help make Takin’ It to the Streets among the most enjoyably chill recordings of the era.

Mastered from the original master tapes, Mobile Fidelity’s numbered-edition hybrid SACD captures the nuances of the splendid interplay between Baxter and McDonald, brassiness of the Memphis Horns section, and opens up a dynamic gateway to the high frequencies. And yes, MoFi engineers made certain that the SACD tops the prior MoFi edition cut back in 1988. The improvement is phenomenal.

Sonic charms are everywhere, particularly on the joyous title cut, an example of the band’s conscious embrace of R&B elements and gospel accents. Defined by gorgeous chorus and fine harmonies, the song epitomizes the album’s spirit and feel. This is music designed for celebrating, relaxing, and romancing. A welcome contrast to the fast pace and mechanical sounds of the modern world, Takin’ It to the Streets soothes and satisfies.

Warm organs and fluid guitars reinforce the overall mood, reflected by the laidback album-cover art. Akin to enjoying a cold beer, last drag of a cigarette, or a day in the park, the Doobies are all about simple pleasures--and 70s rock doesn’t come any sweeter than this. Devoid of grand gestures and political statements, the earnest appeal of Takin’ It to the Streets remains intact. Wondering what happened to good ol’ rock and roll? It lives on, right here.