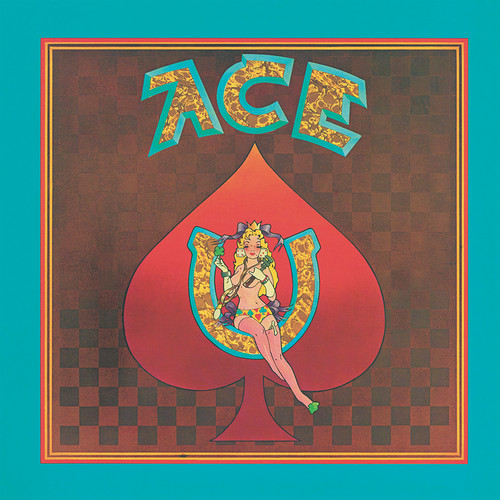 Be alerted when Bob Weir - Ace: 50th Anniversary Remaster (Vinyl LP) is back in stock

Issued the same year as Jerry Garcia's Garcia and Mickey Hart's Rolling Thunder, Ace features all of the Grateful Dead members at the time except for Ron "Pigpen" McKernan including Jerry Garcia, Keith Godchaux, Bill Kreutzmann, and Phil Lesh. The album includes studio versions of "Playing in the Band" and "One More Saturday Night" which became concert staples for the Dead.

When Weir started working on Ace at Wally Heider's Studio in San Francisco in early 1972, he wasn't planning for the Dead to be his backing band. It just happened. "I pretty much knew in the back of my mind what would happen," Weir told Crawdaddy a few months after the sessions. "I go and get the time booked and start putting the material together. Everybody gets wind of the fact I got the time booked, and I may be going into the studio. So, one by one, they start coming around..."

It made sense, the band was already familiar with most of the music, having road-tested six of the album's eight songs, including "Greatest Story Ever Told," "Mexicali Blues," and "Playing In The Band," destined to become one of Weir's signature tunes. Ace also marked the beginning of Weir's long-running collaboration with lyricist John Perry Barlow and includes early standouts "Cassidy" and "Looks Like Rain."