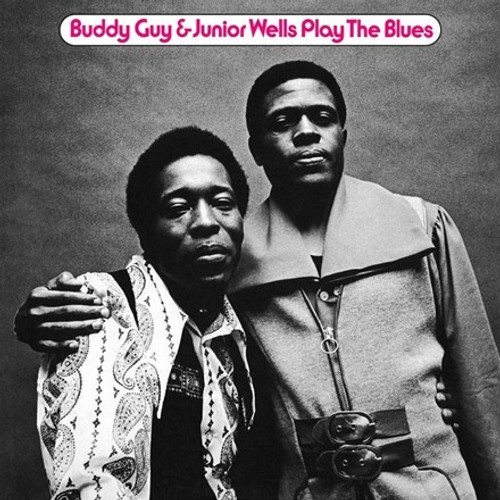 ﻿Buddy Guy collaborated a number of times with the equally-legendary Junior Wells, but 1972's Buddy Guy & Junior Wells Play the Blues was particularly notable for a couple of different reasons. The process of recording this LP started in Miami in 1970, and although it was a project that also involved Eric Clapton, Tom Dowd and Ahmet Ertegun, the sessions ultimately came to a close with only eight tracks recorded. It would be another two years before the album was finished by adding two more tracks, but this time around Guy and Wells were working with The J. Geils Band.

"The album captures two important blues musicians at their best," Eric Dennis wrote. "Much like Kind of Blue is for jazz newcomers, in many ways Play The Blues is the perfect starter album for anyone unfamiliar with blues music or for those looking for only a quick fix. It might not be worshiped to the same degree of that Miles Davis masterpiece, but it's a charming, and sometimes deeply moving, album that's easy to get hooked on. Wells and Guy perform together with obvious ease, a spirit of polished collaboration that should dispel any notions of just how difficult the album was to make, or at a minimum suggest that in this instance, any such problems did not hinder either musician."

Featuring Eric Clapton, Dr. John, and members of the J. Geils Band, Play the Blues stands as one of the greatest albums ever cut by Chicago electric blues legend Buddy Guy and his studio and stage cohort Junior Wells. This Speakers Corner 180g vinyl LP reissue was remastered using pure analogue components only, from the master tapes through to the cutting head.