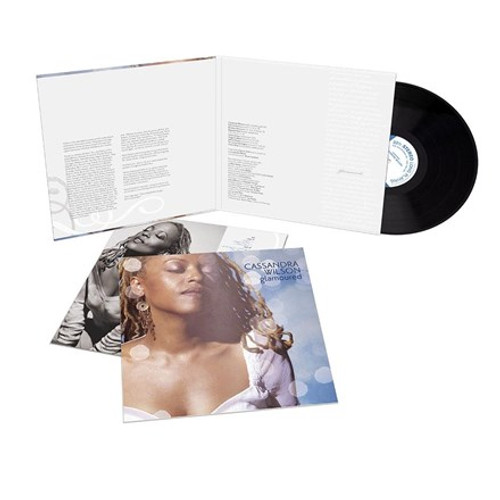 Glamoured is a Gaelic word meaning "to be whisked away," explained vocalist and songwriter Cassandra Wilson, accounting for the title of her 2003 Blue Note release. "It's like being in a daydream, those split seconds when you're transfixed and your eyes don't move and you have to shake yourself out of it. This album captures the feeling of that reverie." Indeed, Wilson sets such a mood with her trademark mix of first-rate originals and adventurous covers of other songwriters' works, picking material by Sting, Bob Dylan, Willie Nelson, Muddy Waters, and Abbey Lincoln. Produced and hand-picked for release by Music Matters co-founder Joe Harley, mastered from the original master tapes by Kevin Gray at Cohearent Audio, pressed on 180g vinyl at RTI, and housed in a deluxe gatefold jacket, this record has never sounded or looked better.

The Blue Note Tone Poet Series was born out of Blue Note President Don Was' admiration for the exceptional audiophile Blue Note LP reissues presented by Music Matters. Was brought Joe Harley (from Music Matters), aka the "Tone Poet," on board to curate and supervise a series of reissues from the Blue Note family of labels. Extreme attention to detail has been paid to getting these right in every conceivable way, from the deluxe gatefold jacket graphics and printing quality to superior mastering (all analog direct from the master tapes) by Kevin Gray to superb 180-gram audiophile LP pressings by Record Technology Inc. Every aspect of these Blue Note/Tone Poet releases is done to the highest-possible standard. It means that you will never find a superior version.

"The LPs are mastered directly from the original analog master tapes by Kevin at his incredible facility called Cohearent Mastering. We go about it in the exact same way that we did for so many years for the Music Matters Blue Note reissues. We do not roll off the low end, boost the top or do any limiting of any kind. We allow the full glory of the original Blue Note masters to come though unimpeded! Short of having an actual time machine, this is as close as you can get to going back and being a fly on the wall for an original Blue Note recording session."
—Joe Harley