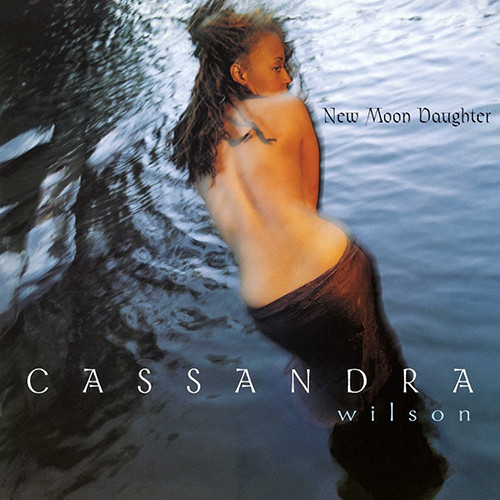 Be alerted when Cassandra Wilson - New Moon Daughter: 75th Anniversary (Vinyl 2LP) is back in stock

Sparse, complex, often brooding arrangements coupled with Cassandra Wilson's deep, earthy voice and complicated phrasing demand your attention on this 1995 Blue Note date, but give this album the listening time and space it deserves and you will certainly reap the rewards. The unusual, highly atmospheric tracks combine with superb singing and marvelously 'distant' musical backings to weave real magic here.
Wilson's own excellent, jazz tinged compositions sit alongside a stunning set of ingenious covers from a highly diverse spectrum of composers. "Last Train To Clarksville" is transformed from a catchy pop song into a stripped-down and genuinely effective jazz vocal work-out. "Harvest Moon" slows down Neil Young's already wistful ballad to an almost painful level and, in so doing, takes it to an even higher level of gentle reflection.
Hank Williams' "I'm So Lonesome I Could Cry" and U2's "Love Is Blindness" are transformed into three in the morning jazz club classics. The vocals and backing to Robert Johnson's "32-20" are simplified to the point where only the essence of the blues is allowed to shine and the Billie Holiday made famous "Strange Fruit" becomes as desolate and formidable as its horrific lyrics.
Musicians:
Cassandra Wilson (vocals)
Graham Haynes /  Lawrence 'Butch' Morris (cornet)
Chris Whitley / Brandon Ross / Kevin Breit (guitar)
Charlie Burnham (violin)
Tony Cedras (accordian)
Gary Breit (organ)
Lonnie Plaxico / Mark Anthony Peterson  (bass)
Dougie Bowne (drums, percussion)
Cyro Baptista (percussion)
Features:
• Remastered and reissued as part of the Blue Note 75th anniversary vinyl reissue campaign
• Vinyl initiative spearheaded by current Blue Note Records President, Don Was, to include 100 essential Blue Note albums
• Includes special Blue Note 75 vinyl sleeve that features album cover art for 75 Blue Note titles
• First run of vinyl to include Blue Note 75th logo on back of package
• Key to the Blue Note 75th anniversary vinyl reissue campaign is the creation of high quality audio at an affordable price
• Blue Note will celebrate their iconic artists and the history of the label with various events, digital initiatives, vinyl campaigns and more
LP1
1. Strange Fruit
2. Love Is Blindness
3. Solomon Sang
4. Death Letter
5. Skylark
6. Find Him
7. I'm So Lonesome I Could Cry