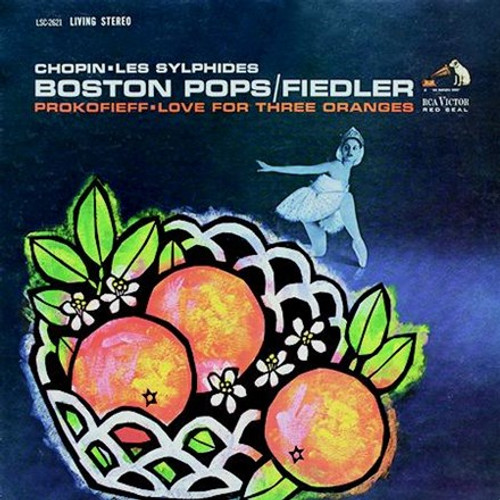 Easily the most popular conductor of his era, Arthur Fiedler was classical music's greatest ambassador since Mozart, and also one of those rare conductors whose records were not only successful, but serious profit centers, both for his orchestra and his record labels. Here Fiedler leads The Boston Pops Orchestra in accomplished and enthusiastic performances of Sergei Prokofiev's Love For Three Oranges and Frédéric Chopin's Les Sylphides.