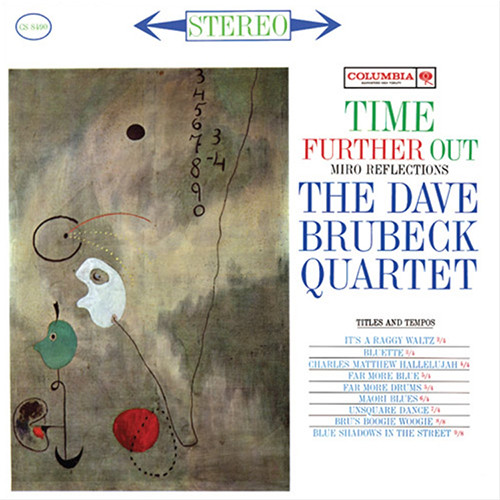 Be alerted when Dave Brubeck Quartet - Time Further Out: Miro Reflections (180g Vinyl LP) is back in stock

Time Further Out continues the Dave Brubeck Quartet's exploration of unusual time signatures that began on the ensemble's definitive 1959 album Time Out. Accompanied by an all-star cast, the esteemed pianist arranging tunes according to the number of beats per bar, in the process rewriting  rhythmic rules and dance steps.

Like the original Time Out album, Time Further Out's cover features a work of modern art: a painting by Spanish artist Joan Miro. Mastered from the original analog tape by George Marino at Sterling Sounds in New York and pressed at RTI in Camarillo, California, this record has never sounded so alive or immediate. A must-have jazz benchmark.