Foals - Everything Not Saved Will Be Lost: Part 1 (Vinyl LP) 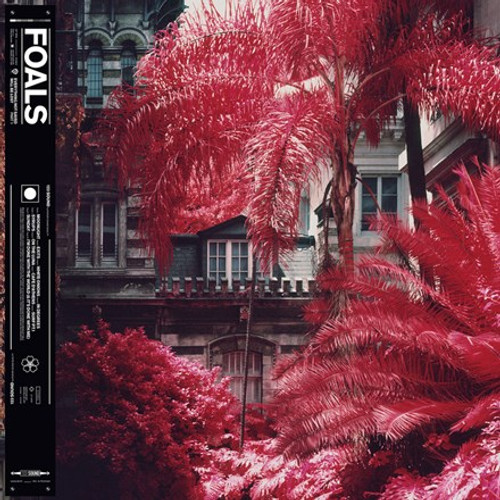 Foals - Everything Not Saved Will Be Lost: Part 1 (Vinyl LP)

Be alerted when Foals - Everything Not Saved Will Be Lost: Part 1 (Vinyl LP) is back in stock

Foals return with two new albums in 2019: Everything Not Saved Will Be Lost – Part 1 and Part 2, a pair of releases, separate but related, they share a title, themes and artwork. Part 1 will be released in March with Part 2 following in the Autumn. Profoundly tethered but possessing their own personalities, the two albums capture the most compelling, ambitious and cohesive creations that Foals –  featuring Yannis Philippakis (vocals), Jimmy Smith (guitar), Jack Bevan (drums) and Edwin Congreave (keys) – have ever produced. "They're two halves of the same locket," frontman Philippakis explains. "They can be listened to and appreciated individually, but fundamentally, they are companion pieces."

Eager to break the traditional pop song structure which they felt they were becoming increasingly tapered to, the 20 tracks defy expectation. There are exploratory, progressive-tinged tracks which occasionally break the 10-minute mark alongside atmospheric segues which make the music an experience rather than a mere collection of songs. Yet the band's renowned ability to wield relentless grooves with striking power also reaches new heights. Part 1's lead single "Exits" is a case in point, featuring Philippakis conjuring the image of a disorienting world via a contagious vocal melody. It's a fresh anthem for Foals' formidable arsenal, but also an ominous forecast. "Exits" signposts what to expect thematically from Everything Not Saved Will Be Lost. The title is a warning that anything – from the tiniest fleeting moment of inspiration through to the planet's own biological diversity – can be under threat of being irrevocably erased.

It's a theme that permeates throughout the albums' material, as Foals mirror the public neuroses that have been provoked by our current cultural climate. Paranoia of state surveillance? Fear of environmental collapse? An overwhelming feeling of anxiety? It's all there in these apocalyptic songs. It's particularly evident in the euphoric "In Degrees" which imagines a future where your ability to talk to each other has been reduced to nothing. This approach is perhaps most vividly captured on "Syrups," and the devastating closing pair of songs on Part 1, "Sunday" and "I'm Done With The World (& It's Done With Me)."