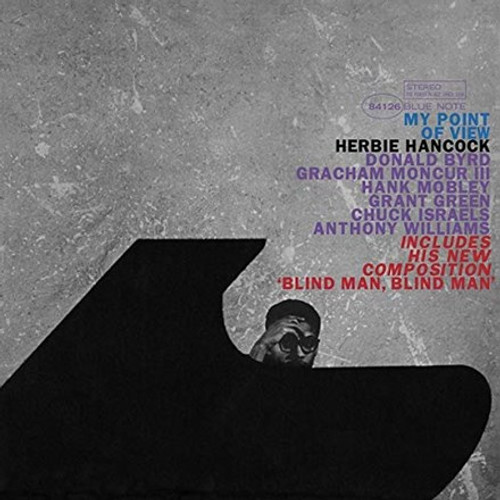 Be alerted when Herbie Hancock - My Point Of View: Blue Note Tone Poet Series (180g Vinyl LP) is back in stock

My Point Of View is pianist/composer Herbie Hancock's remarkable second Blue Note album. The 1963 session has an all-star cast including Donald Byrd, Hank Mobley, Grachan Moncur III, Grant Green, Chuck Israels and Tony Williams. The sheer musicality is breathtaking, with Hancock fully demonstrating his arranging prowess. Contains his truly essential compositions such as "King Cobra," "A Tribute To Someone," and more.