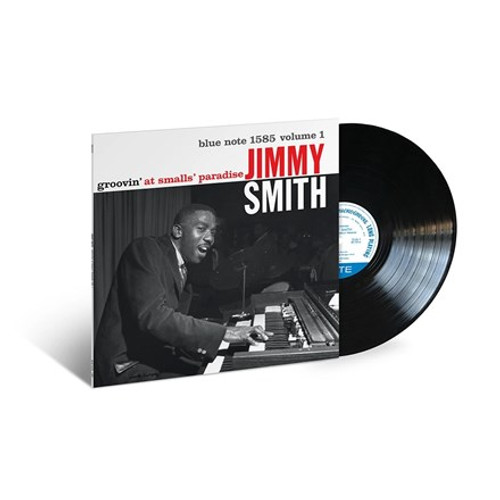 Jimmy Smith introduced more people to jazz than just about any of his contemporaries as his brand was both accessible and easy to get into, yet complex and challenging too. Blue Note co-founder Francis Wolff once recalled: "I first heard Jimmy Smith at Smalls' Paradise in January of 1956. It was his first gig in New York. He was a stunning sight. A man in convulsions, face contorted, crouched over in apparent agony, his fingers flying, his feet dancing over the pedals. The air was filled with waves of sound I had never heard before." After discovering Smith, Alfred Lion recorded the Hammond B3 organ virtuoso no less than 14 times in 1956-57, including this tremendous live album captured at the legendary Harlem club that finds Smith in a trio setting with guitarist Eddie McFadden and drummer Donald Bailey stretching out on three standards ("After Hours," "My Funny Valentine" and "Laura") plus Smith's Thelonious Monk tribute "Slightly Monkish."

This Blue Note 80 Vinyl Edition is all-analog, mastered by Kevin Gray from the original master tapes, and pressed on 180g vinyl at Optimal.