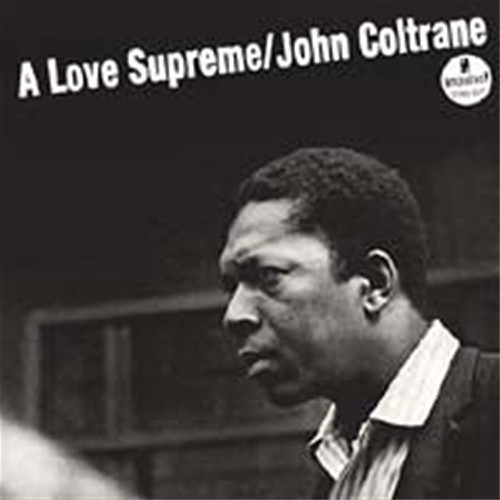 Right from the very first hearing, absolutely every single jazzcritic shared the same opinion - whether trained musicians or not, true or would-be jazz expert: 'A Love Supreme' is John Coltrane's most important recording. And the rave reviews which appeared in the magazines Downbeat, Jazz Hot, Jazz Podium and Swingjournal reflected this: critics all over the world, in America, Europe and Japan recognized that Coltrane's deep religious belief had influenced both his approach to life and his music-making. It not only enabled him to express himself with great intensity but also lent him the necessary inner peace to conceive a work of almost 40 minutes in length and to lead his quartet along the same path as himself.

'Pursuance', with its density, quick-as-lightning runs and block chords, gives us a taste of John Coltrane's later 'free' phase.

'Psalm' is filled with the famous, almost static melodies rather like a fervent prayer which are so typical for John Coltrane.

'A Love Supreme' has been a faithful companion and teacher of generations of saxophonists and its message goes way beyond music and is still valid today.