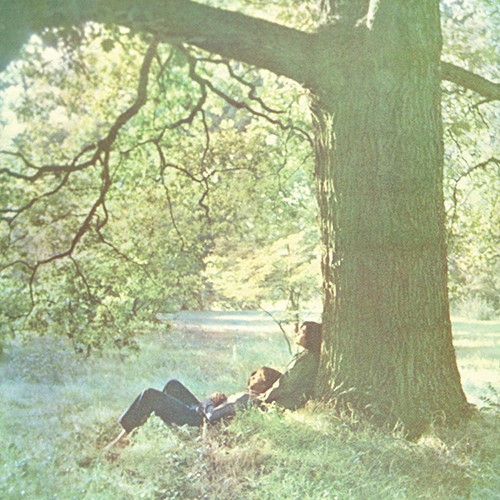 Remastered in 2010 from the Original Analogue Tapes by Yoko Ono & Team of Engineers from Abbey Road Studios in London and Avatar Studios in New York
Cut from the 24bit/96k HD Digital Transfers by Sean Magee at the World Renowned Abbey Road Studios
1970's Plastic Ono Band was recorded over a four-week period at both Abbey Road and Ascot Sound Studios, the studio that John and Yoko had built at Tittenhurst Park. At Abbey Road were John’s old friend from the Beatles’ time in Hamburg, Klaus Voormann who played bass and Ringo Starr on drums. Later, they were joined by keyboard player Billy Preston, who had worked on the sessions for Let It Be, and also Phil Spector who played some piano and co-produced the album with John and Yoko
The songs on this album are about as far removed from the sound of the Beatles as it’s possible to get. Yes, there’s John’s distinctive voice and there is the odd sonic-nod to the sound of latter-day Fab Four, but this is music that is as personal as it gets. The stripped down sound of the Plastic Ono Band is the perfect musical accompaniment to John’s songs of bare-naked confession and outpouring.
There’s "Working Class Hero," a nod to John’s school days. There’s also the tenderness of "Hold On," a song that was a rough mix done at the end of the sessions that John felt was good enough to include. Phil Spector plays a beautiful piano part on "Love" and it is a song that supports the notion of beauty in simplicity as well as any Lennon composition throughout his career. "God" for many people is the highlight of this album, with Billy Preston’s gospel influenced piano that adds immeasurably to the vibe of the song. But it is John’s lyrics that make this a statement of an intensely personal nature. “I don’t believe in Beatles”? This was a statement of both hurt and of intent, John Lennon was officially a solo artist.
There’s not a traditional hit single among the songs on Plastic Ono Band, but this was not written with the view to releasing singles, this is a body of work, an artistic as well as personal statement. This is why the long playing record was invented. It is music that should be listened to in a single sitting, considered, relished and revered.
John Lennon Plastic Ono Band Track Listing:
1.  Mother
2.  Hold On
3.  I Found Out
4.  Working Class Hero
5.  Isolation
6.  Remember
7.  Love
8.  Well Well Well
9.  Look at Me
10. God
11. My Mummy's Dead
Related Videos
How We Pack Your Records At Music Direct
Customers Also Bought