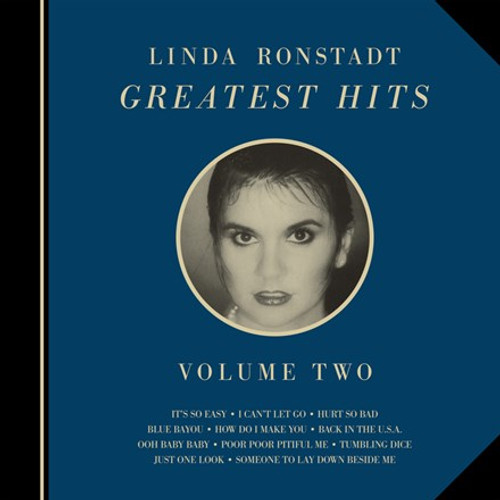 Be alerted when Linda Ronstadt - Greatest Hits: Volume Two (180g Vinyl LP) is back in stock

Linda Ronstadt is arguably the most versatile vocalist of the modern era, having forged a four-decade career which established her as one of the very important artists in one of the most creative periods in the history of modern music. She has broadened the latitudes of the pop singer, expanding the vocalist's canvas to include country, rock and roll, big band, jazz, opera, Broadway standards, Mexican and Afro-Cuban influences, leaving no stone unturned in the pursuit of the ultimate song. With worldwide album sales of over 50 million, at least 31 gold and platinum records, 10 Grammy Awards, the National Medal of Arts, and membership in the Rock and Roll Hall of Fame to her credit, Linda is the consummate American artist. Featuring signature late-70s hits like "Blue Bayou," "It's So Easy" and "Poor Poor Pitiful Me," 1980's 2x Platinum Greatest Hits Volume Two picks right up where 1976's Greatest Hits left off. Reissued here on 180g vinyl LP with a special textured jacket for International Women's History Month.