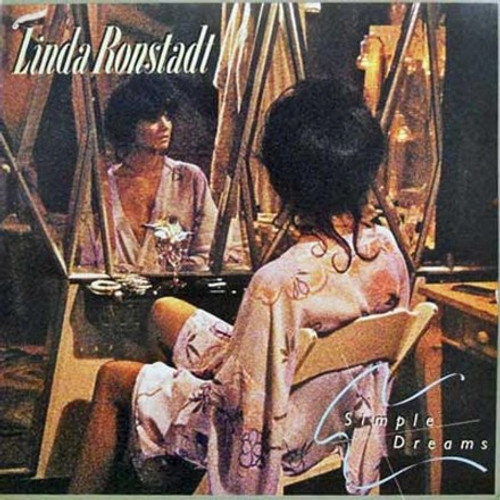 Linda Ronstadt just couldn't lose. Another of her interpretive masterworks, 1977's stunning Simple Dreams continued a creative streak that found the singer turning out album after album of incredible material at an astonishing one-per-year rate until she finally began to come back down to earth in the early-80s. Featuring an expanded palette of styles and cutting-edge narratives, Simple Dreams may go down in history as Ronstadt's greatest work.

Consider the achievements: Grammy Nominations for Record of the Year and Best Pop Vocal Performance, Female; Five consecutive weeks as the No. 1 record on the Billboard Album Chart; and Two Top 10 Singles. Paired again with expert producer and arranger Peter Asher, Ronstadt delves into even deeper emotional waters to convey the feelings associated with loss, fantasy, risk, and romance.

Her choice of material is simultaneously appropriate and bold. The singer's smash cover of Roy Orbison's "Blue Bayou" – which remains the definitive version – sits alongside an edgy reinvention of the Rolling Stones' "Tumbling Dice." As she does on the latter, Ronstadt also turns the tables on a smoking rendition of Warren Zevon's "Poor Poor Pitiful Me." With her strong female presence, she puts a woman in the power position on a male-dominant song. On Simple Dreams, she not only joins the elite boy's club – she runs it.

Electrifying country-rock threads run throughout the album, which features a host of top-notch musicians that include fiddler David Lindley, Neil Young associate Spooner Oldham, guitarist Waddy Wachtel, and a superb horn section. As all great session performers do, they invisibly blend into the song, and allow Ronstadt's singing to carry. And it's not just her voice but her way with words, phrasing, and tones. She takes every song personally. Whether conveying sympathy, sadness, loneliness, or – as on her remarkable roots duet with Dolly Parton on the traditional "I Will Never Marry" – proud independence, the feelings are her own. Every note brims with conviction, passion, and understanding.