Price Now $129.99
Was
Was
Save $0.00 (0%)
This product is not eligible for further discounts.
Questions and Answers
Availability: In Stock
This item is in stock and ready to ship. Depending on the time of day when you place your order, it will ship same day or next business day. 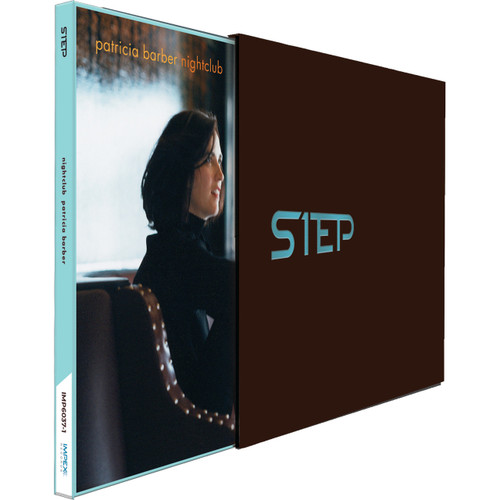 Patricia Barber's sixth studio album is a fascinating collection of classic cover songs shaped by her inimitable downtempo intimacy into startlingly affective journeys through the human condition. Working with her band of the time (bassist Michael Arnopol and drummer Adam Cruz, augmented by star turns from guitarist Charlie Hunter, bassist Marc Johnson, and drummer Adam Nussbaum), Barber creates an atmosphere of austere trepidation that allows her long-time engineer Jim Anderson to hang her haunted vocals directly over top. Like all great jazz albums, Nightclub puts the highlighted artist front and center while carving out plenty of space for the supporting players to give emphatic support.

Impex's 1STEP process provides the perfect showcase for Anderson's peerless audio immersions. Nightclub was originally digitally recorded on a Sony 3348 multi-track and mixed through a Neve analog console to both digital and analog mix-down masters. Bernie Grundman used the analog mix-down tapes to assemble a new analog cutting master exclusively for our 1STEP. Coupled with the incredibly detailed VR-900 vinyl formula, there is instrument detailing to spare, a Mariana Trench noise floor, and incredibly-focused low end. There is simply no better way to enjoy Barber's cool renditions of timeless classics than this one (including the exclusive, never-before-released bonus track "Wild Is the Wind"). Limited to 7,500 pressings, so preorder now before this Club closes for good.

The 1STEP Process:
The Impex 1STEP process relies on short, tightly-controlled runs that require a new lacquer after each 500 pressings. This unforgiving format has the lacquer skipping the regular father-mother process, going right to a single convert and then pressing. Though this dramatically increases mastering and production costs, it also assures each run is more consistent from disc to disc, with less noise, clearer details and deeper bass. Reducing production complexity to just a single "convert" disc between the lacquer and the press greatly improves groove integrity, diminishes non-fill anomalies and increases signal integrity from the master tape to your system.