Price Now $11.99
Was $19.99
Was
Save $8.00 (40%)
Questions and Answers
Availability: In Stock
This item is in stock and ready to ship. Depending on the time of day when you place your order, it will ship same day or next business day. 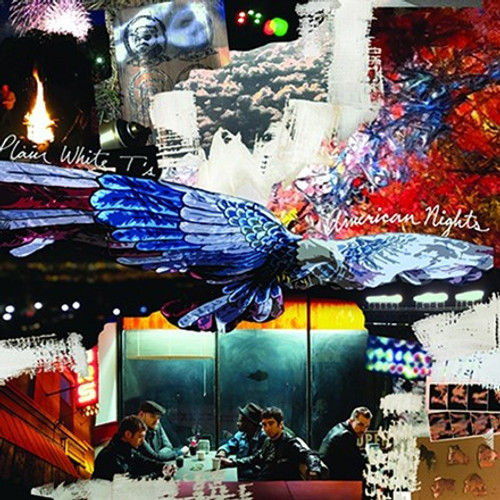 Ten bands re-issue their albums on pink colored vinyl, all for one cause. This is the eighth year for the initiative that has raised over $250,000 for Red Door Community, an organization that provides community support for both those diagnosed with cancer and their caretakers. 2021's set includes releases by The Hold Steady, Grandaddy, The Allman Brothers, Bush, Plain White T's, Less Than Jake, Primal Scream, Umphreys' McGee, Minus The Bear and Tom Tom Club.

2015's American Nights marked Plain White T's' first independent album since 2001. American Nights focuses on everything fans have come to expect from the Plain White T's - summery anthems, heart-on-the-sleeve lyrics, acoustic love songs - while still breaking new ground. It's an album about freedom. An album about looking back while still moving forward. It's also the most collaborative thing the guys have ever done, with three of the band members contributing their own songs to the track list. Tom Higgenson wrote six. Guitarist Tim Lopez wrote four. And guitarist Dave Tirio wrote one.

"Pause," the album's lead single, urges the listener to live in the moment, while "Stay" finds its narrator prolonging the inevitable end of a relationship, looking to spend one final hour with his partner before the two part ways. The tempo picks up during the anthemic title track, where Higgenson hits the streets of his hometown with a pretty woman in the shotgun seat, and then cools down during Lopez's "Love Again," a breezy love song with a melody reminiscent of "(Sittin' On) The Dock of the Bay." Those two bookends - the epic rock songs and the acoustic-leaning ballads - have always been the Plain White T's bread and butter, and they're dished up in hefty servings throughout American Nights.