Price Now $33.99
Was
Was
Save $0.00 (0%)
Questions and Answers
Availability: In Stock
This item is in stock and ready to ship. Depending on the time of day when you place your order, it will ship same day or next business day. 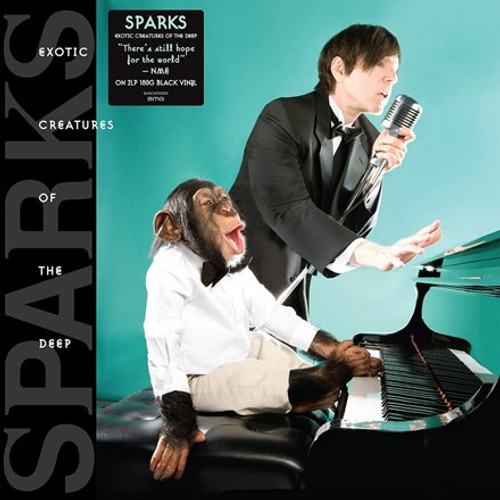 Groundbreaking band Sparks was founded by brothers Ron and Russell Mael in 1969. Recognized across the globe, their career spans over 25 distinctive albums and is the perfect lesson in how to stay relevant in the music industry for over half a century. Releasing their eponymous full-length debut in 1972, the Los Angeles natives relocated to London where they released their breakout album Kimono My House, which remains influential to this day. Setting the tone for the innovative, individualistic, and irresistible work that was to follow, Sparks has since created a lasting legacy as a pioneering pop group with their studio albums and live appearances.

Originally released in 2008, and performed as the pinnacle of Sparks Spectacular in which Sparks played a record breaking 21 albums in 21 nights in London (one album each night), Exotic Creatures Of The Deep yielded the two singes "Good Morning" and "Lighten Up, Morrissey." "Exotic Creatures is the third in the "new Sparks" trilogy and is best befitted to that vague label: it foregoes much of the electronic and classical experimentalism of the last two records in favor of traditional-ish pop structures and theatrical dynamics, landing the band in the divide between show tunes and The Flaming Lips" (Tiny Mix Tapes).