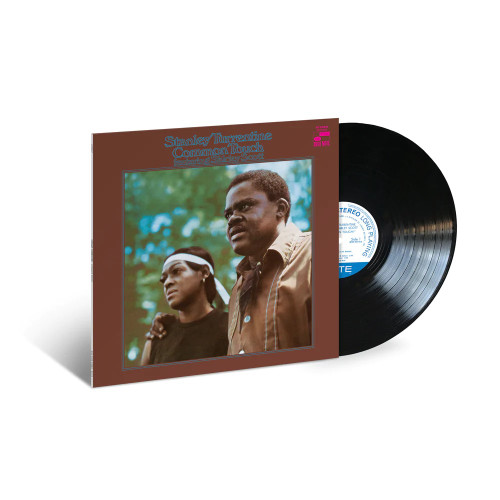 The great tenor saxophonist Stanley Turrentine imbued every single note he played with a depth of feeling and soulfulness that still reverberates today. Turrentine made his Blue Note debut in 1960 and had been a stalwart of the label for the better part of a decade when he entered Rudy Van Gelder's studio in August 1968 to lay down his 21st session as a leader, the lesser-known classic Common Touch featuring his then-wife Shirley Scott on organ. The couple were joined by guitarist Jimmy Ponder, bassist Bob Cranshaw, and drummer Leo Morris (aka Idris Muhammad) for this easy-going but varied six song set which included groovy numbers like Turrentine's "Buster Brown" and Scott's "Boogaloo" in addition to the gently swinging title track, a slow burning version of Doc Pomus' "Lonely Avenue," and a highly-enjoyable take on Bob Dylan's "Blowin' In The Wind."