Price Now $41.99
Was
Was
Save $0.00 (0%)
This product is not eligible for further discounts.
Questions and Answers
Availability: In Stock
This item is in stock and ready to ship. Depending on the time of day when you place your order, it will ship same day or next business day. 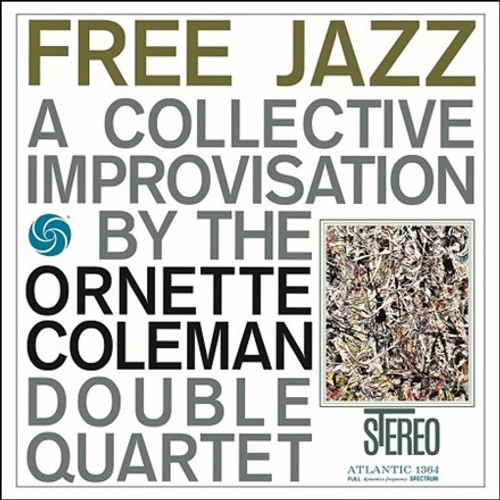 The term 'free jazz' was already in existence – but it had a quite different meaning, namely jazz without paying for an entrance ticket. The album Free Jazz, however, was intended to lend its name to a quite different style of jazz. 'Free' playing – now this meant that no one was bound to conventions, you could let your imagination run loose. Free jazz gave one the chance to find new rules for every new composition. And it was to be the greatest boost to innovation in the world of jazz.

Ornette Coleman's album from December 1960 stands at the beginning of the free jazz era like a massive portal. Coleman thought big: he brought two quartets into the studio at the same time, both with two wind instruments and no piano, and let them play together for 36 minutes without a break – a collective improvisation. There aren't any precise themes, although short, fanfare-like motifs do exist in which the winds come together. A continuous dense rhythmic beat underlies the music almost throughout – and the pulse is felt rather than heard.

One musician after the other comes into the foreground to improvise, almost like at a jam session. First Coleman, then Dolphy, then the two trumpeters. The other winds, however, never remain silent, then make comments and support one another continually – the energy level is immense the whole time. Only when it is the turn of the bass and drum players do the winds remain silent for about eleven minutes. This album is not only a historic caesura, but a truly great experience over and over again.