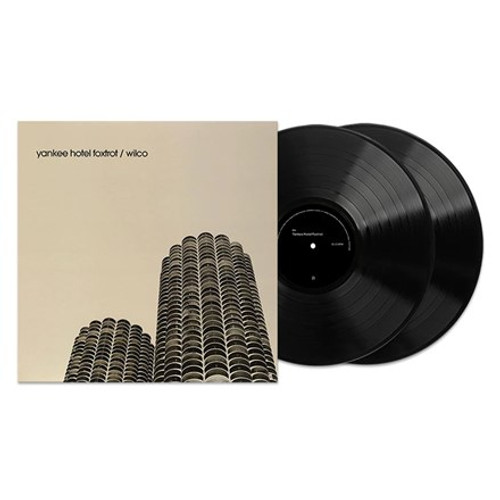 Be alerted when Wilco - Yankee Hotel Foxtrot: 20th Anniversary Remastered (Vinyl 2LP) * * * is back in stock

Wilco'slegendary fourth studio album,Yankee Hotel Foxtrot, was originally released in April 2002. It delivers ten songs that have since become favorites among fans and critics alike. It scored a perfect 10 on Pitchfork, which hailed the album as "complex and dangerously catchy, lyrically sophisticated and provocative, noisy and somehow serene ... simply a masterpiece." And as the New York Times put it, Jeff Tweedy's songs "unfold in richly enigmatic arrangements."

Yankee Hotel Foxtrot is without question Wilco's most storied and experimental release. Produced by the band and mixed by Jim O'Rourke, the album finds the Chicago-based band stretching their creative boundaries, imbuing their trademark sound with inventive textures and song structures. Tweedy's stirring songwriting commingles with a unique and eclectic sonic approach here that is stirringly emotional and beautifully mysterious. From the poignant opener "I Am Trying To Break Your Heart" to the stark and powerful "Ashes of American Flags" to the giddy pop of "Heavy Metal Drummer," Yankee Hotel Foxtrot is an ambitious original that no one should be without.