Equipment Accessories
Price Now $44.99
Was
Was
Save $0.00 (0%)
Questions and Answers
Availability: In Stock
This item is in stock and ready to ship. Depending on the time of day when you place your order, it will ship same day or next business day. 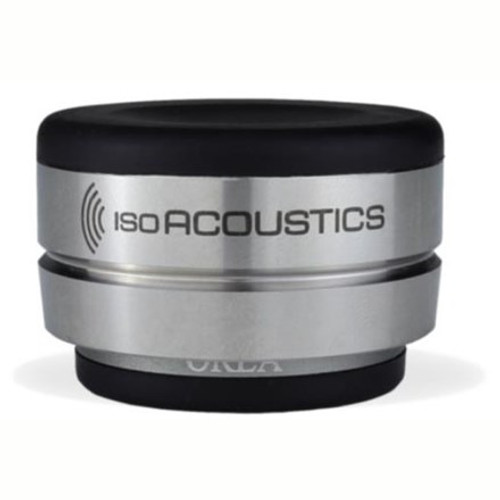 Be alerted when IsoAcoustics - Orea Equipment Isolator (Graphite, Each) is back in stock

IsoAcoustics extends its expertise with loudspeaker isolation to amplifiers, DACs, turntables, CD players, and practically any other component you can imagine with the OREA Graphite Equipment Isolator. Just slip OREA Isolators under your gear and revel in the immediate sonic improvements. Sold individually, each OREA features IsoAcoustics' vibration-control design principles to remove unwanted noise, distortion, and energy from your audio chain. Each OREA Graphite holds up to four pounds each and measures 1.6 x 1.1 inches. You'll hear the difference. 100% Music Direct Guaranteed.

"[I think of] the affordable OREA pods as the icing on the audio cake. In other words, they're a valuable addition whose importance grows after you've addressed your equipment rack and room acoustics.... Approached methodically rather than emotionally, the OREA isolator pods are a hell of an audio bargain and can be warmly recommended."
—Peter Familari, StereoNET

Dimensions: 1.6" x 1.1"
Weight capacity: 4 lbs. each
Related Videos
IsoAcoustics: Get the Most from Your Turntable, Speakers, and More
Aperta: Pro Performance in Speaker Isolation With Dave Morrison of IsoAcoustics
Customers Also Bought