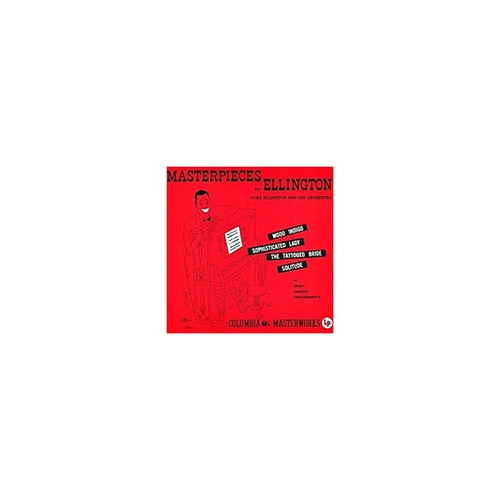 In the aftermath of World War II and the demise of the vast majority of swing bands and orchestras, Duke Ellington fared better than most. Owing to his skills as a composer, sometimes arranger, and skillful bandleader, he weathered the storm. At the other end of that storm, the LP era exploded, with opportunity for the kind of extended-length compositions and concepts that Duke and his collaborator Billy Strayhorn were moving toward, away from the three-minute confines of the 78 rpm era.
Complicating matters was the impending departure of three key players (Johnny Hodges, Lawrence Brown, and drummer Sonny Greer), and a new sound that Duke was envisioning for his band, "the most significant juncture in the band's 47 year history," Grammy Award-winning writer Loren Schoenberg notes.
Ellington's relationship with Columbia in the LP era began with 1951's Masterpieces by Ellington, an excellent program of newly-recorded uncut concert arrangements of his familiar themes and one of the last with the aforementioned classic line-up. Includes extended takes on classics "Mood Indigo," "Sophisticated Lady," and "Solitude" plus the newer composition "The Tattooed Bride."
Duke Ellington Masterpieces By Ellington Track Listing:
1. Mood Indigo
2. Sophisticated Lady
3. The Tattooed Bride
4. Solitude
1. Mood Indigo
2. Sophisticated Lady
3. The Tattooed Bride
4. Solitude