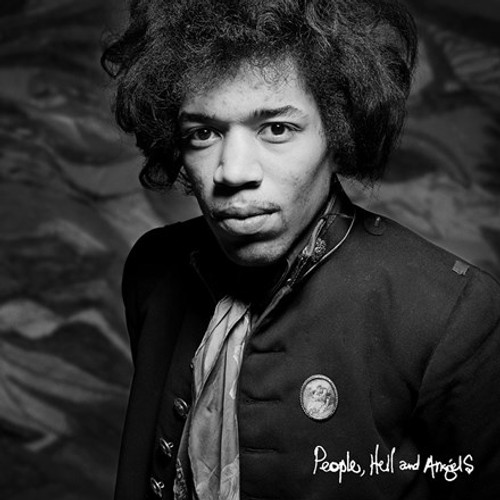 Be alerted when Jimi Hendrix - People, Hell and Angels (Hybrid SACD) is back in stock

Pleasant surprises don't come any bigger, or better, than 2013's People, Hell & Angels. For the anniversary of what would've been his 70th birth year, the world received a brand-new Jimi Hendrix album comprised of a dozen previously unreleased, totally complete songs. You read that right: This isn't a repackaging of existing material, a collection of outtakes, or a patched-together assembly of demos. It's much more.

Spanning fare completed between 1968 and 1970, the album showcases Hendrix operating independently of the Experience trio and embracing a variety of styles, instrumentation, and directions. Moreover, People, Hell & Angels features searing, mind-blowing guitar performances. Co-produced by legendary engineer Eddie Kramer, it belongs alongside Are You Experienced? and Axis: Bold As Love. Prepare to have your expectations shattered.

Beginning in 1968, Hendrix grew restless, eager to develop new material with old friends and new ensembles. Outside the view of a massive audience that had established the Experience as rock's largest grossing concert act and simultaneously placed two of his albums in the US Top 10 sales chart, he was busy working behind the scenes to craft his next musical statement.

These twelve recordings encompass a variety of unique sounds and styles incorporating many of the elements (horns, keyboards, percussion and second guitar) Hendrix wanted to incorporate within his new music. People, Hell & Angels also presents some of the finest Hendrix guitar work ever issued and provides a compelling window into his growth as a songwriter, musician and producer.

With an album title coined by Hendrix, People, Hell & Angels, reveals some of his post-Experience ambitions and directions as he worked with new musicians, including the Buffalo Springfield's Stephen Stills, drummer Buddy Miles, Billy Cox (with whom Hendrix had served in the 101st US Army Airborne and later played on the famed R&B 'chitlin circuit' together) and others, creating fresh and exciting sounds for the next chapter in his extraordinary career.