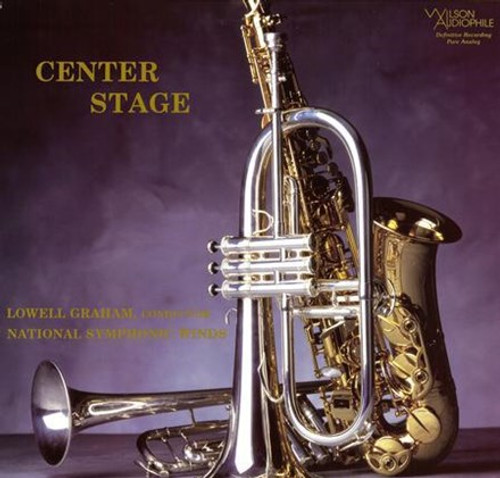 These recordings were made in a historic concert hall on the campus of Hampton University in Hampton Roads, Virginia. The history of the hall is somewhat parallel to Carnegie Hall in New York; however, the hall is smaller, without much protection from external noise. Because of the wonderful acoustics it provided, the sonic results more than made up for the necessary workarounds by recording when the university was not in session as well as during times of low traffic.

The musicians in the National Symphonic Winds came from the premier military bands of the United States as well as the Virginia Symphony Orchestra. This was a superb mix of very seasoned and assured professionals as there was no rehearsal for this single, five hour recording session. This factor was a major contributor to the apparent energy and spontaneity that is so well heard in this music. The repertoire was chosen to be user friendly, vivid, colorful and impactful which is evident as these recordings have become sought after gems for both superb sound and enjoyment.

The philosophy of the recording process was to be as true to the natural acoustic and performance as possible which meant this was an analogue, direct to two-track, minimal microphone recording with no spotlighting of solo instruments. Simply, these were not "fix it in the mix" recordings. What you hear is what went directly on half-inch tape using what is arguably the finest two track 30 IPS analogue recorder in the world – the Wilson Ultramaster, a highly modified Studer tape deck with custom designed electronics designed by John Curl.