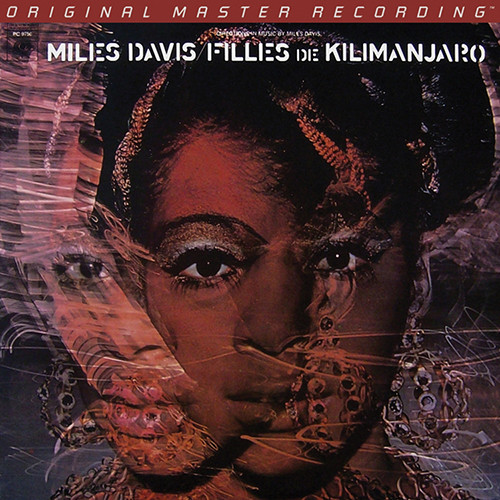 Mastered from the original master tapes, Mobile Fidelity's numbered-edition hybrid SACD of Filles de Kilimanjaro joins the ranks of other essential Davis sets given supreme sonic and packaging treatment by the reissue label. Loaded with revealing signatures, the record takes on even greater import when heard the way Davis and his mates discerned it in the studio. Backgrounds are squid-ink black, pianissimo lines shimmer, and the electric piano emerges with tube-amp warmth.

Indeed, the exotic sound, touch, and feel of the songs on Filles de Kilimanjaro are as crucial as the melodies. To that extent, listeners can now enjoy the expressive tonalities and lush colors in full-range glory. Voicings, harmonics, and pitches are rendered in exquisite detail. The manners in which the textures and phrases rotate what seems like a unified tonal center places you at the original recording sessions, executed in July and September 1968.

More than 40 years ago, this record epitomized the future of jazz. Davis even announced such aspirations with the tagline "Directions in Music." With the jazz world still trying to wrap its collective mind around its genius, it still does.