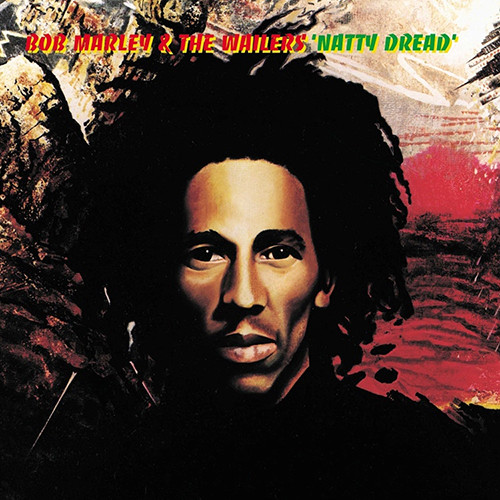 Bob Marley And The Wailers Natty Dread on 180g LP

In correlation with Bob Marley’s 70th birthday year-long celebration (2015) and the release of the expansive Complete Island Recordings vinyl box, the 11 LP's from the set will also be broken out and released individually on 180-gram vinyl beginning in September 2015. Apart from the actual disc labels which will feature more recently reissued artwork, the LP's will faithfully replicate the original album pressings.
The individual issues encompass all nine Bob Marley & The Wailers studio albums recorded for Island Records including some of their most celebrated releases like 1972 label debut Catch A Fire, 1976 US breakthrough Rastaman Vibration and the two live albums Live! (1975) and Babylon By Bus (1978). Also available: Burnin’ (1973), Natty Dread (1974), Exodus (1977), Kaya (1978), Survival (1979), Uprising (1980) and Confrontation (1983).
With a new backing band which included brothers Carlton and Aston “Family Man” Barrett on drums and bass, Junior Marvin and Al Anderson on lead guitar, Tyrone Downie and Earl “Wya” Lindo on keyboards, Alvin “Seeco” Patterson on percussion and the I-Threes (his wife Rita Marley, Judy Mowatt and Marcia Griffiths) on background vocals, Bob Marley and the Wailers hit their stride, achieving their first U.S. hit with “No Woman, No Cry,” from 1975’s Natty Dread. The album featured Marley’s name on top for the first time, and is considered by many to be his finest album and one of reggae’s best - balancing revolution and celebration like no other reggae album before or since.
1.  Lively Up Yourself
2.  Bend Down Low
3.  No Woman No Cry
4.  Them Belly Full (But We Hungry)
5.  Rebel Music (3 O'Clock Roadblock)
6.  So Jah S'eh
7.  Natty Dread
8.  Talkin' Blues
9.  Revolution
Related Videos
How We Pack Your Records At Music Direct
Customers Also Bought