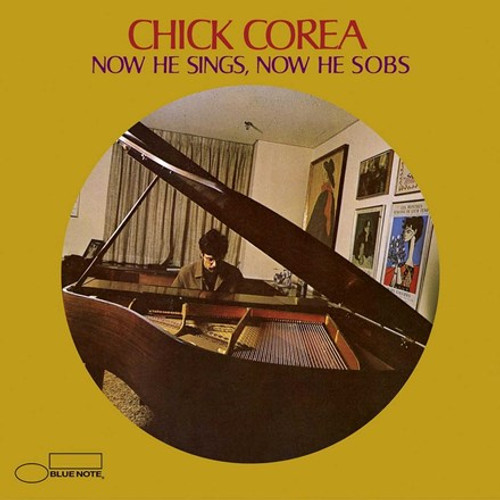 Be alerted when Chick Corea - Now He Sings, Now He Sobs: Blue Note Tone Poet Series (180g Vinyl LP) is back in stock

In terms of the compositions, one listen will tell you why the Blue Note record is held in the same kind of rarefied esteem as classic Bill Evans trio sessions. The exquisite interplay between Corea, Czech bassist Miroslav Vitous, and drummer Roy Haynes make it abundantly clear why this album has achieved such legendary status among jazz piano trio recordings. Now He Sings, Now He Sobs features a program of Corea compositions, including the first recording of "Matrix."

Most importantly, this is vinyl as vinyl is supposed to sound (and look). If you're familiar with Music Matters' now-iconic Blue Note reissues or the infallible work of producer Joe Harley, you'll know you cannot pass this up. And if you're coming to them for the first time, prepare yourself for sheer sonic and musical bliss!