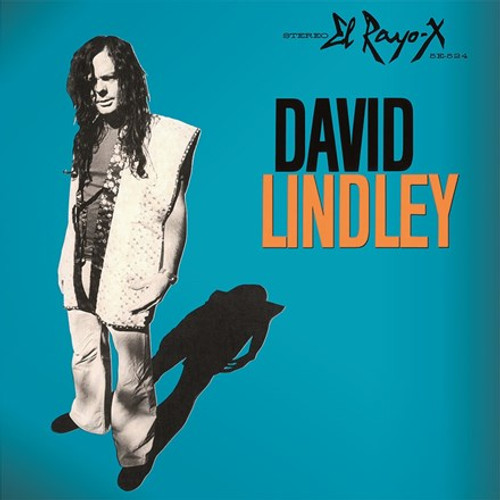 180g Vinyl LP Reissue Remastered Using Pure Analogue Components Only, from the Master Tapes Through To the Cutting Head

﻿When David Lindley commenced his solo career with El Rayo-X in 1981, he had already established himself as a studio musician in numerous venues. His competent playing, which he had long cultivated in performance with Jackson Browne, Linda Ronstadt and Crosby & Nash, is concentrated here on this album like an x-ray beam. And what is more: the multi-instrumentalist worked on his early, forgotten attempts on the banjo and fiddle and took himself right up to the strings of the steel guitar. These are just a few examples of the many styles which are gathered together on this album.

After the off-beat reggae rhythm of "She Took Off My Romeos" follows one of the greatest guitar hits of the '80s – "Bye, Bye Love." Then comes "Mercury Blues" with its magnificently sharp and swift-paced guitar playing. Not only the rhythmic mix but also the instrumentation follows a cleverly devised plan and is tailor-made for each number. "Quarter Of A Man," a subtle colorful dance on the bass line, is just as impressive as the pointed jabs of the well-established organ in "Ain't No Way." All in all, this is a lavishly produced rock album of its time and well worth listening to today.

Recorded in 1981 at Record One in Los Angeles, CA by Greg Ladanyi who also co-produced El Rayo-Z with Jackson Browne. This Speakers Corner 180g vinyl LP reissue was remastered using pure analogue components only, from the master tapes through to the cutting head.