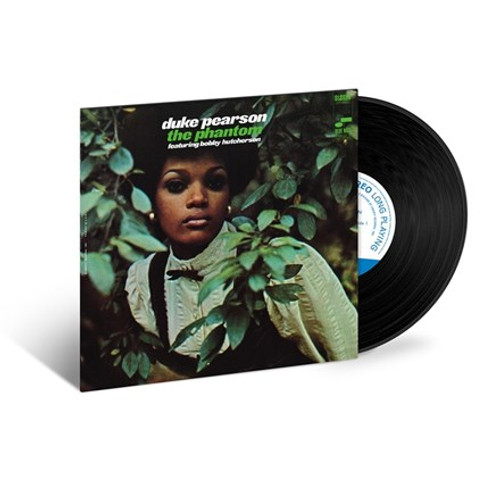 Be alerted when Duke Pearson - The Phantom: Blue Note Tone Poet Series (180g Vinyl LP) is back in stock

The simmering groove of the 10-minute opening title track of Duke Pearson's magnificent 1968 album The Phantom sets the stage for one of the most under-recognized gems of the Blue Note catalog. The pianist, composer, arranger, and Blue Note stalwart assembled a superb cast of musicians including vibraphonist Bobby Hutcherson, flutist Jerry Dodgion, guitarists Sam Brown and Al Gafa, bassist Bob Cranshaw and the magnificent percussion team of Mickey Roker, Victor Pantojo and "Potato" Valdes on drums and congas. Other highlights include the crisp bossa beat of "Los Ojos Alegres (The Happy Eyes)" and the tender "Say You're Mine," which first appeared on Donald Byrd's album The Cat Walk.