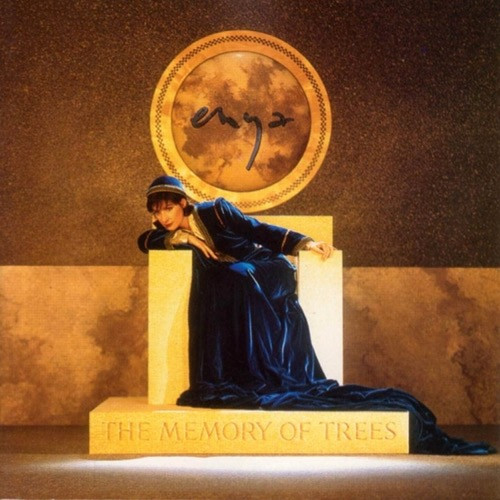 Enya The Memory Of Trees on LP

From humble beginnings, albeit firmly infused with the talent to make a dream a reality, Enya's career has swept from ripples to tidal waves of acclaim. Just look at the facts: 75 million sales; four Grammy Awards; six World Music Awards; an Ivor Novello, an Oscar nomination, a Golden Globe nomination, plus all seven of her studio albums (and the Paint The Sky With Stars compilation) have hit the upper echelons of charts all over the world.

It is like nothing so much as a cathedral of sound, an all-enveloping choral tide that sweeps over the listener, taking us to faraway places. It is music so unique that only the name of its creator suffices to describe it: Enya. With her 1988 debut album, Watermark, the music of Enya was discovered by a worldwide audience. The LP has sold a phenomenal 11 million copies internationally, while its stunning single, "Orinoco Flow (Sail Away)," went to No. 1 in virtually every country with a popular music chart.

In 1991 Enya released the 12 million selling album Shepherd Moons which made its debut at the peak of the UK album chart and maintained a vice like grip on the US charts for 199 consecutive weeks. Shepherd Moons won Enya her first Grammy for Best New Age Album. Her awards cabinet would start to fill out even more four years later with 1995's Memory Of Trees, which earned another Grammy for the same honor as its predecessor and racked up more than 9 million in sales thanks to definitive hit singles like "Anywhere Is" and "On My Way Home."