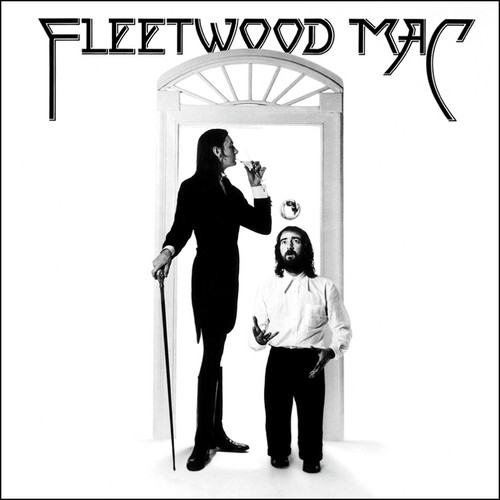 The chain, for all intents and purposes, starts here. Few, if any bands in history, experienced a rebirth on par with that of Fleetwood Mac, which partially accounts for why this 1975 set is self-titled. With the addition of Stevie Nicks and Lindsey Buckingham finally solidifying the ensemble's rotating lineup, the record signifies a new beginning, a rejuvenated sound, and a melodic purpose that quickly helped the co-ed group become the biggest band in the world.

Recorded in three months and aided by a surfeit of material brought to the fold by Nicks and Buckingham, Fleetwood Mac is a monster album, a five-million-plus-selling effort that set a new record for the amount of weeks spent on the Billboard charts before finally hitting number one and the home to Top 40 singles "Over My Head," "Rhiannon," and "Say You Love Me." Moreover, it marks the introduction to the chemistry, interplay, and connectivity established by a quintet whose singing, songwriting, and harmonizing abilities at the time hadn't a peer.

The first of three consecutive landmark Fleetwood Mac recordings, this refreshing rock-pop landmark opened the floodgates of commercial success, crossing over to both AM and FM radio and steadily winning coverts all across the world. The reasons relate to the impeccable selection of songs and heartfelt performances, whether it's Nicks' unforgettable reflectiveness on "Landslide," Buckingham's warm pleas on "Say You Love Me," or the cozy romp of "Monday Morning," fittingly a lead-off number that related to the emotional games and pain that would characterize so much of the band's iconic work.