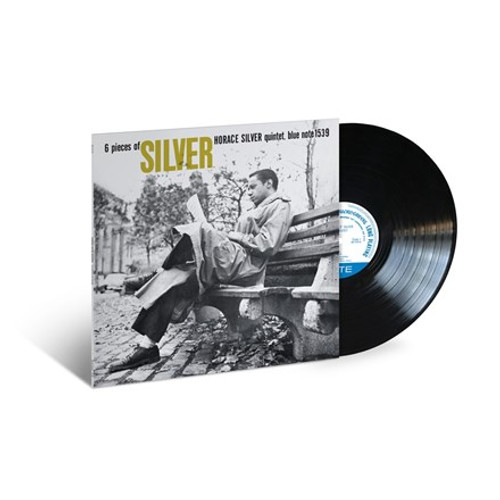 Be alerted when Horace Silver - 6 Pieces of Silver: Blue Note Classic Vinyl (180g Vinyl LP) is back in stock

At 27 years, Horace Silver's tenure as a Blue Note recording artist was the longest of any artist in the history of the label. The legendary pianist and composer cut his first Blue Note session Horace Silver Trio in 1952 and his session for Silver ‘N Strings Play The Music of the Spheres was the very last recording date before the label went dormant in 1979. In between, Silver recorded some of the most beloved albums in the Blue Note catalog, traversing bebop, hard bop, soul jazz, and charting his own path through the 1970s fusion movement.

With his 1956 album 6 Pieces of Silver, Silver struck gold with a sterling set of hard bop that introduced one of his greatest compositions, "Señor Blues." The indelible theme is one of five excellent Silver originals (plus the standard "For Heaven's Sake") performed by an ace quintet featuring Donald Byrd on trumpet, Hank Mobley on tenor saxophone, Doug Watkins on bass, and Louis Hayes on drums. Other highlights include the hard swinging opener "Cool Eyes," the stunning ballad "Shirl," the intricate stop-start rhythm of "Camouflage," and the beguiling Latin beat of "Enchantment."