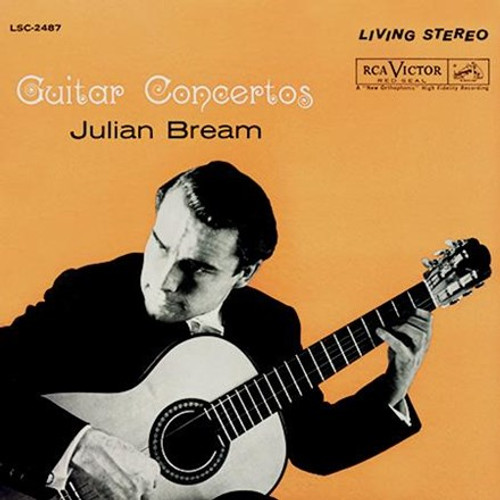 Mauro Giuliani was one of several composers who succeeded in establishing the guitar concerto as an accepted musical convention. Concerto for Guitar and Strings is the first genuinely "virtuoso" concerto written for the instrument. Malcolm Arnold was a composer of pathos and deep intensity. His concertos, written mainly for virtuoso friends, includes the Guitar Concerto, written for Julian Bream and recorded here with Arnold conducting. Fully aware that Spain is the "spiritual" home of the guitar, Arnold deliberately decided to give the instrument a more universal character. He circumvented the Spanish overtones of the instrument by subtle use of modal melodic material.