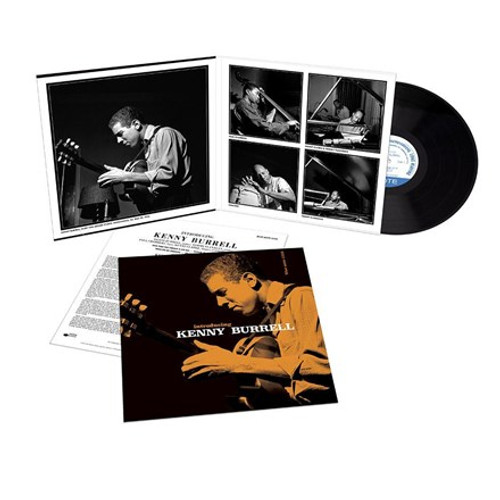 Introducing Kenny Burrell put the jazz world on notice in 1956 that an extraordinary new guitarist was on the scene who combined bebop and the blues with smoky aplomb. Burrell is accompanied on this stellar set of original and standard compositions by Tommy Flanagan on piano, Paul Chambers on bass, bebop icon Kenny Clarke on drums along with the percussion sensation from Cuba, Candido. This legendary session launched the career of one of the giants of modern jazz guitar who would go on to record his magnum opus Midnight Blue for Blue Note in 1963.

"The LPs are mastered directly from the original analog master tapes by Kevin at his incredible facility called Cohearent Mastering. We go about it in the exact same way that we did for so many years for the Music Matters Blue Note reissues. We do not roll off the low end, boost the top or do any limiting of any kind. We allow the full glory of the original Blue Note masters to come though unimpeded! Short of having an actual time machine, this is as close as you can get to going back and being a fly on the wall for an original Blue Note recording session."
– Joe Harley