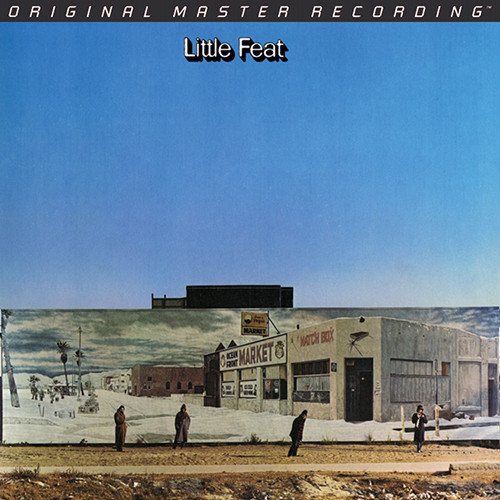 Seldom does a band announce its arrival with such convincing results. Led by vocalist/guitarist Lowell George and bassist Roy Estrada, both of whom played in Frank Zappa’s Mothers of Invention, Little Feat introduced Southern-fried accents and funny personality sketches to the West Coast’s country-rock template, yielding a self-titled 1971 debut that remains singular in its aural and narrative visions of America.

And now, it has the widescreen sonics to match. Sourced from the original analog master tapes by Mobile Fidelity engineers, this 180-gram LP of Little Feat is more raw, bluesy, immediate, and open than any previous version. The first-ever album produced by three-time Grammy-winner Russ Titelman (Linda Ronstadt, Eric Clapton, Randy Newman), the record’s eclectic sound is the stuff of swinging saloon doors, muddy Delta rivers, and humid Bayou docks. Benefitting from a fully revealed dynamic range, the blend of dirty harmonicas, sliding guitars, and rolling pianos is guaranteed to make tubes glow and speakers sing.