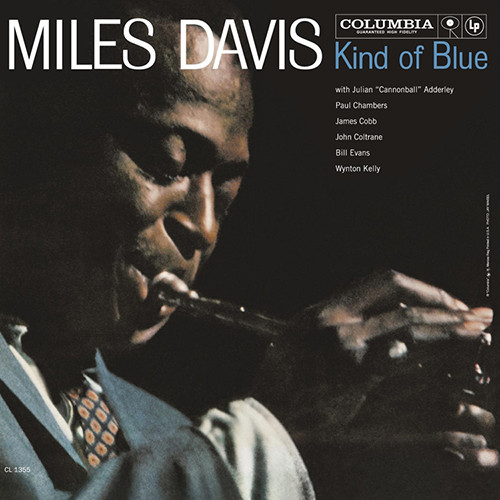 Ranked #12 on Rolling Stone's List of the 500 Greatest Albums of All Time and Ubiquitously Recognized as a Cultural Touchstone: There Is No Substitute for Kind of Blue

If You Own a Turntable and Enjoy Mono Sound, You Need This LP

The best-selling jazz album of all time, Miles Davis' Kind of Blue found its way into classical, rock, and pop canons, becoming one of the most influential cultural touchstones of the last half of the 20th century and one of the most transcendent pieces of music ever recorded.
Davis' sublime trumpet playing is supported by a slightly revamped quintet (sextet) that differed from his previous lineups. Although the talents of John Coltrane, Cannonball Adderley, and Paul Chambers are retained, "Philly" Joe Jones is replaced by Jimmy Cobb on drums, and Red Garland is replaced on piano by Bill Evans (on “So What,” “Blue In Green,” “All Blues,” and “Flamenco Sketches”) and by Wynton Kelly (on “Freddie Freeloader”).
The impact of Kind Of Blue, not only on jazz but on popular music in general, continues to reverberate. It is part of the Library Of Congress National Recording Registry, #12 on the Rolling Stone list of the 500 Greatest Albums of All Time, and even honored by the U.S. House of Representatives in 2009, the album’s 50th anniversary.
Davis later summed up the sessions for Kind Of Blue: "That was my gift, having the ability to put certain guys together that would create a chemistry and then letting them go; letting them play what they knew, and above it."
Miles Davis Kind Of Blue Track Listing:
1.  So What
2.  Freddie Freeloader
3.  Blue in Green
4.  All Blues
5.  Flamenco Sketches
1. So What
2. Freddie Freeloader
3. Blue in Green
4. All Blues
5. Flamenco Sketches