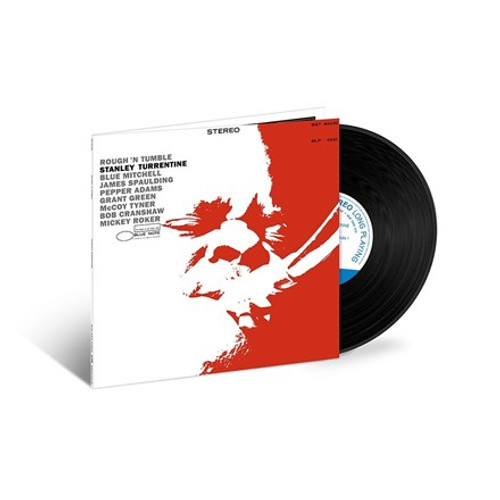 Stanley Turrentine's 1966 soul jazz classic Rough ‘N Tumble finds a deep and bluesy groove that doesn't let up from start to finish. Joining Turrentine are the crème de la crème: Blue Mitchell on trumpet, Pepper Adams on baritone saxophone, James Spaulding on alto saxophone, McCoy Tyner on piano, Grant Green on guitar, Bob Cranshaw on bass, and Mickey Roker on drums. Highlights include soulful covers of Ray Charles' "What Could I Do Without You," Burt Bacharach's "Walk On By," and "Feeling Good," which Nina Simone had recorded the year before.