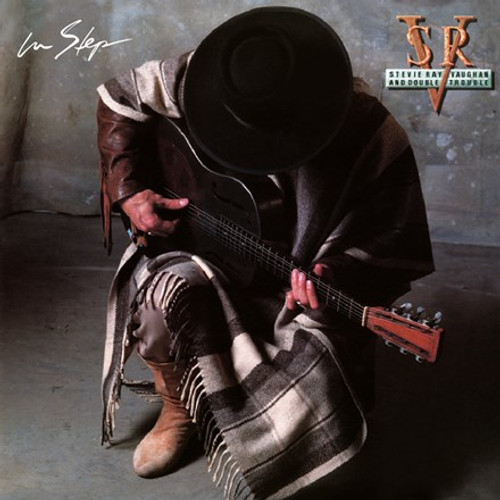 If for some strange reason someone had not heard of Stevie Ray Vaughan by the late 1980s, In Step changed that in a hurry. Fueled by a desire to make up for lost time and delight in his reawakened commitment to life, the Texas guitarist turned in what many consider his greatest artistic statement, an album ensconced in sweat, soul, determination, and not an ounce of filler. In Step remains one of the five-greatest blues records of the past quarter century.

The years leading up to In Step weren't kind to Vaughan. In terms of deserved critical praise, yes. And in terms of continually hitting giant artistic strides, certainly. But Vaughan became mired in a haze of whiskey and cocaine, getting sucked into a downward spiral that culminated with him collapsing on a London stage in 1986 and coming close to death. After checking himself in for treatment, embracing the 12-step program, and finally kicking his vices, Vaughan returned with a vengeance on In Step, the first record he made sober.

The results teem with intensity, passion, and edge. Vaughan aggressively tears into uptempo hellraisers such as the No. 1 Billboard hit "Crossfire," "The House Is Rockin'" and "Scratch-N-Sniff," grabbing each song by the scruff, shaking them, and refusing to let go. He courageously delves into his personal scars on the semi-autobiographical "Tightrope" and "Wall of Denial," confessionals that leave nothing to the imagination. A pair of instrumentals and several powerhouse covers round out an effort defined by Herculean consistency, songwriting, and poignant honesty. That Vaughan was killed in a helicopter accident one year after its release only adds to the sense of urgency – and bittersweet feeling, particularly since everything here serves to uplift.