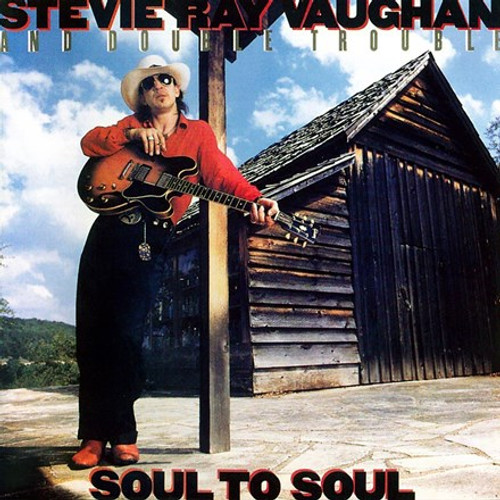 On his third album Soul to Soul, Stevie Ray Vaughan expanded the Double Trouble lineup with the additions of keyboardist Reese Wynans and saxophonist Joe Sublett. He also extended his electric blues style, seamlessly incorporating elements of soul, R&B and jazz into his approach. The result is one of the legendary guitarist's most highly prized efforts, one which includes such fan favorites as "Look at Little Sister," "Change It," and "Say What!"

The 45 RPM Analogue Productions reissue of Stevie Ray Vaughan's Soul To Soul is so good - as are its companions Texas Flood and Couldn't Stand The Weather – that they truly represent what Gregg Geller, producer and A&R representative, described as "the best replication of the master tapes to date." AP used the original 30 inches-per-second, half-inch analog master tapes for all of three reissues. Ryan K. Smith at Sterling Sound cut the lacquers for the LPs using the ultimate VMS 80 cutting lathe. Gary Salstrom handled the plating and the vinyl was pressed at Quality Record Pressings.