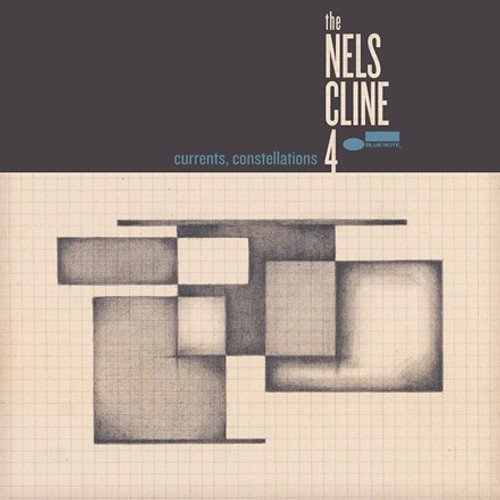 Be alerted when The Nels Cline 4 - Currents, Constellations (Vinyl LP) is back in stock

Guitarist Nels Cline debuts a new band with the Blue Note Records release of Currents, Constellations featuring The Nels Cline 4, an intrepid unit that builds upon Cline's acclaimed collaboration with guitarist Julian Lage by adding the fierce and versatile rhythm section of bassist Scott Colley and drummer Tom Rainey. Of all the rich and varied projects guitarist Cline has pursued since his emergence as a leader in the late-80s, his two-guitar duo with Lage, documented on the 2014 Mack Avenue album Room, ranks among the most special.

"When Julian and I started playing together it kicked my ass hard," Cline told JazzTimes around the time of Room's release. "At the same time it inspired me and refreshed my soul." Lage, for his part, declared he had "found his people" playing with Cline: "At last I found a scenario where...you could be free and adventurous, you could utilize sound and be extremely melodic and evocative." "Even in the earliest days of the duo we used to say, ‘I wonder what we'd do if we ever had a rhythm section,'" Cline recalls. In 2016 he decided to find out by inviting Colley and Rainey to collaborate with he and Lage during a residency at The Stone in New York City. "I brought in a few themes and we just kind of went for it. Everyone was enthusiastic about continuing the work."

Known as the lead guitarist of Wilco since 2004, and one of Rolling Stone's "100 Greatest Guitarists," Cline is coming off the success of his 2016 Blue Note debut Lovers, a "quietly ravishing double-album" (NY Times) featuring Cline with a large ensemble conducted and arranged by Michael Leonhart that was "wildly inventive in its watercolored way" (Rolling Stone). On Currents, Constellations Cline embraces a sparser but edgier instrumentation, which serves the adventurous thrust of the music, brimming as it does with raw energy and wild beauty.