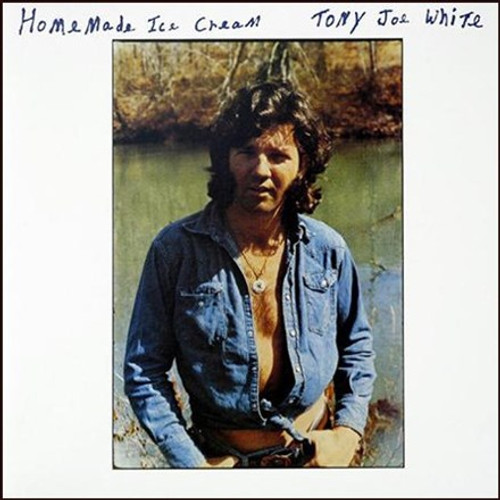 You may or may not be overly familiar with Tony Joe White, but we all know his two most famous songs – "Polk Salad Annie" and "Rainy Night In Georgia." Homemade Ice Cream is up to the standards of those great numbers. So soulful, humid, rich and textured. Or as Tony Joe would say, "It's swampy." Homemade Ice Cream was originally released in 1973 on Warner Bros. and was co-produced by White and legendary Atlantic producer Tom Dowd. It's White's sixth overall record and his third for Warner Bros. This is very much a back porch acoustic affair.

And because it's such a classic, such a southern musical touchstone, Analogue Productions has gone and upped the ante – making this standout a 45 RPM double 200g LP release. Veteran audiophiles know and hear the difference. With more LP real estate, inner groove distortion is reduced and tracking by your stereo cartridge is improved. That's a major sonic advantage! Mastered by Kevin Gray at Cohearent Audio from the original analog tape, this LP sounds phenomenal from the first note to the last fade out. The music has the space to breathe, one of the reasons for the life-like sound.

The last four songs on side two of this album are going to positively floor you. They are so sparse and bluesy and emotional. And the sound is as good as the music. With this new QRP pressing, the sound is so good it's tape-like. So solid and jet-black is the foundation from which the music just jumps. It's one of those jaw-hit-the-floor, sit-in-stunned-silence, goose-bump-raising, tears-in-your-eyes records.