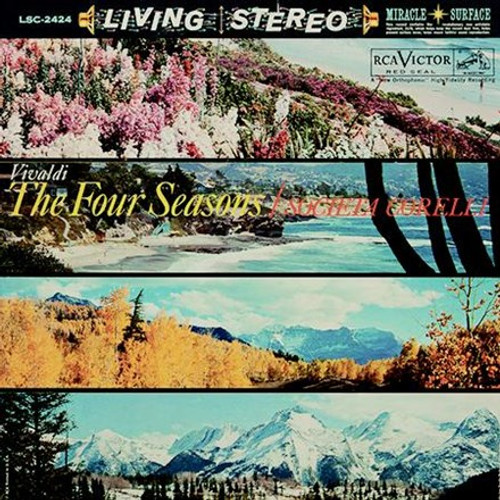 The 13 string virtuosi who make up this conductor-less ensemble did well to name themselves after Areangelo Corelli. Both as a violinist and as a composer, Corelli brought the art of string-playing to heights never-before achieved, exploring new dimensions of dynamics and tonal richness. What makes the Societa Corelli virtually unique among other interpreters of that period is their style. Their tone production, use of vibrato and other subtleties evident in this performance of Antonio Vivaldi's Four Seasons are artistic, creative and vital music-making.