Jon Batiste - We Are (Vinyl LP) 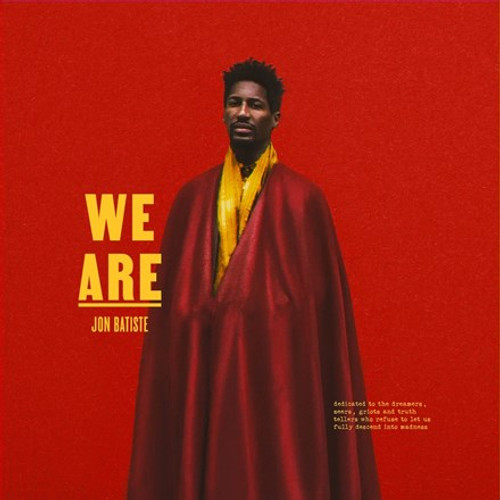 Jon Batiste - We Are (Vinyl LP)

We Are represents a completely new sonic chapter for Grammy-nominated artist Jon Batiste. Inviting some of the most esteemed creative minds to assist in birthing the album, he reached the finish line smack in the middle of the first wave of the worldwide pandemic and volatile social unrest. The result is a body of work characterized by the consciousness of Marvin Gaye, the grounded optimism of Stevie Wonder, the iconoclasm of Thelonious Monk and the swagger of Mannie Fresh.

Alongside songwriter Autumn Rowe and producer Kizzo, Batiste wrote and planned much of the project in about a week from his dressing room at The Late Show with Stephen Colbert, where he's the musical director and bandleader. We Are was recorded in New York, Los Angeles and in his native New Orleans, melding inspiration from his new home and new collaborators with that of the Batiste musical dynasty. The album was also recorded in between sessions for Disney/Pixar's 2020 hit film Soul­, which saw Batiste's music – and hands – incorporated into the animation about a teacher who dreams of being a jazz pianist.

Batiste presents a captivating musical experience to the world rooted in catharsis, joy, freedom, contemplation and sensuality. It's a love letter to his southern roots and the heritage of Black Music with guest appearances by Mavis Staples, Quincy Jones, Zadie Smith, PJ Morton, Trombone Shorty, St Augustine Marching 100, his father Michael Batiste, grandfather David Gauthier and many more. It is a meditation steeped in the sounds of the times with collaborators including POMO (Anderson.Paak), Ricky Reed (Lizzo), Jahaan Sweet (Drake, Eminem) and others.

"'We Are' is a message of love for humanity, of humble reverence for our past, and of a hopeful future, in which we are the ones who can save us," Batiste says. "The art reveals its motive to you. You just have to wait for the Spirit to tell you what it wants."