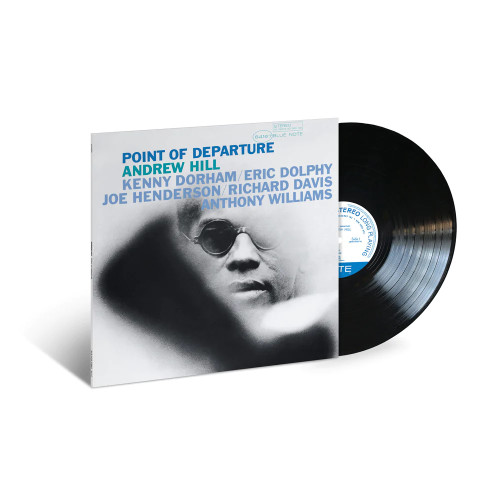 Be alerted when Andrew Hill - Point of Departure: Blue Note Classic Vinyl (180g Vinyl LP) is back in stock

In Andrew Hill, Alfred Lion believed he had found another pianist and composer who had as unique and important a voice as Thelonious Monk. Hill debuted on Blue Note in 1963 with a staggering burst of creativity that produced four classic albums – Black Fire, Smoke Stack, Judgment!, and his masterpiece Point of Departure – over a period of just five months. Recorded in March 1964, Point of Departure expanded Hill's palette with a 6-piece ensemble of diverse players that included the remarkable frontline of Eric Dolphy on alto saxophone, bass clarinet, and flute, Joe Henderson on tenor saxophone, and Kenny Dorham on trumpet, along with Richard Davis on bass and Tony Williams on drums. The robust sextet delivered thrilling performances of Hill's extraordinary compositions including "Refuge," "New Monastery," "Flight 19," and "Dedication."