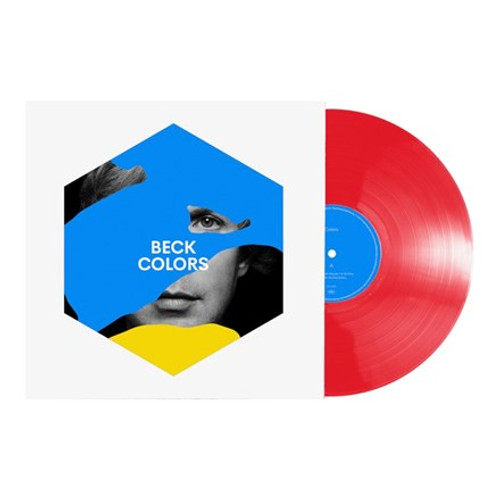 The last time the mass public got a glimpse of Beck, it was at the end of the 2015 Grammy Awards, when Prince was handing him an Album of the Year award for his meditative, mostly acoustic album Morning Phase. Few people knew, but at that time the artist was already two years into work on the follow-up which has taken two more years to complete. Possibly the most aptly titled work in Beck's storied discography, Colors unfolds in an intoxicating rainbow of auditory tricks and treats, making it a summery smash for the fall season.

In addition to the captivating piano-driven "Dear Life," Colors includes both Beck singles that preceded it: a new mix of the psych-dance summer jam "Dreams" that NPR hailed as "urgently contemporary and irresistibly vintage" and the retro-futuristic earworm "Wow" that had Stereogum praising its "big, sweet incandescent hook" and Esquire rejoicing, "All hail the return of Party Beck."

Dubbed as a "euphoric blast of experimental pop" by Rolling Stone, Colors was produced by the in demand Greg Kurstin (Adele, Kelly Clarkson, Sia) and Beck, with the exception of "Wow" produced by Beck and Cole M.G.N. and "Fix Me" produced by Beck. The album was mixed by Serban Ghenea, except "Dreams" and "Up All Night," which were mixed by Kurstin and Beck.