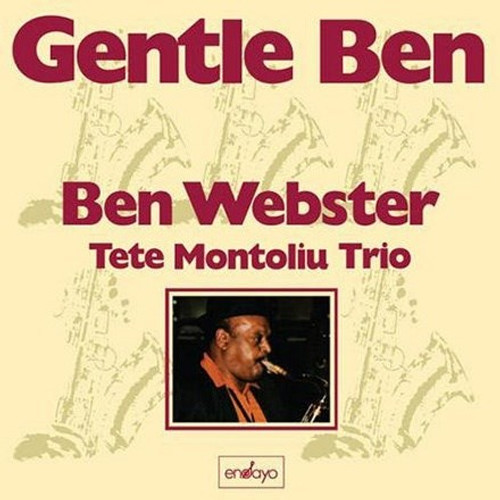 Gentle Ben was recorded just ten months before Ben Webster's death in 1972. Webster, who had left the United States in 1965 to settle in Europe, first in Copenhagen and then in Amsterdam, was visiting fellow musician and friend Tete Montoliu in Barcelona. Webster and pianist Montoliu went way back, having played together regularly in Webster's Copenhagen days. In fact, Montoliu cited Webster and Don Byas as his two chief musical influences.

Webster and Montoliu understood each other deeply, and their comfort with one another is extremely palpable on this recording. Their accompaniment of one another is seamless. On board with these two is Montoliu's regular working trio-mates, Eric Peter on bass and Peer Wyboris on drums. There's no shortage of Webster's trademark breathy, fat tenor tone throughout. In fact, given the sparse arrangements, his rich, humid, giant sax really blooms here like never before. Highlights include "Ben's Blues," "Sweet Georgia Brown," "The Man I Love" and "Don't Blame Me."