Price Now $249.99
Was
Was
Save $0.00 (0%)
Questions and Answers
Availability: In Stock
This item is in stock and ready to ship. Depending on the time of day when you place your order, it will ship same day or next business day. 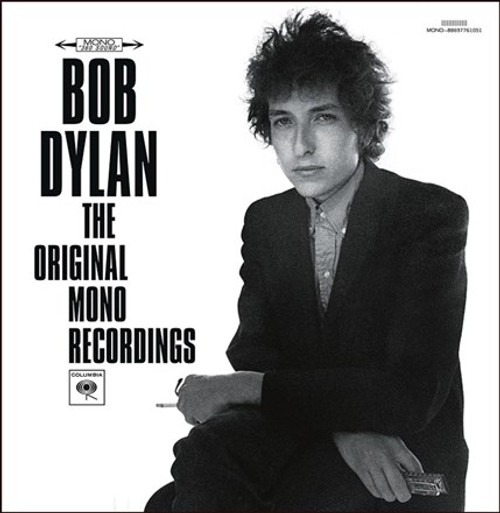 Cut from the Original Analog Mono Masters by George Marino at Sterling Sound: Each Disc Comes With Individual Jacket Replete with Original Artwork and Inserts

Bob Dylan’s The Original Mono Recordings is comprised of his first eight albums painstakingly reproduced from their first generation monaural mixes as the artist intended them to be heard: One channel of powerful sound, both direct and immediate. While stereo recordings had been available as early as the mid-1950s, mono was still the predominant, and often preferred, mode of recording and mixing by the top artists of the 1960s. As a result, artists like The Beatles, The Rolling Stones and Bob Dylan devoted their attention to the mono mixes, leaving the stereo mixing process to studio engineers.

As is fitting for a box of this magnitude, The Original Mono Recordings are accompanied by a deluxe booklet, featuring vintage photographs of Bob Dylan and an expansive essay from renowned author and critic, and longtime Dylan aficionado, Greil Marcus. Each disc in the set comes in its own individual jacket which faithfully replicates the original album artwork, complete with labels and stickers that were found on the original 1960s releases.

Cut from the original analog mono masters by the legendary George Marino at Sterling Sound, this set is simply unprecedented, some of the most important and timeless music ever made, now in jaw-dropping sound that rivals what was heard in the studio control room.

"Those that own the hybrid stereo SACDs of some of the albums in this set are still in for a treat. Ditto those that have Sundazed’s mono LPs, which don’t claim the level of detail retrieval or sheer openness on these pressings, which come straight from the masters. Then, of course, there’s the meticulous replication of the labels and inserts, as well as the high-quality jackets, all reproduced with immaculate care. Not to be missed."
--Bob Gendron, TONEAudio, Issue 33

"During most of the ‘60s, mono was the preferred format, and Dylan and his engineers focused most of their energies on getting the mixes just right. That’s especially apparent on the classic “Blonde on Blonde” (1966). Though fans may prefer the sharper separation of the instruments on the stereo mixes, the mono versions get at the heart of Dylan’s rough and tumble sound, with the vocals in the midst of the instrumental fray rather than pushed out in front of it. The rockers especially sound more menacing than ever."
--Greg Kot, Chicago Tribune

John Wesley Harding – 1967
1. John Wesley Harding
2. As I Went Out One Morning
3. I Dreamed I Saw St. Augustine
4. All Along The Watchtower
5. The Ballad Of Frankie Lee And Judas Priest
6. Drifter’s Escape
7. Dear Landlord
8. I Am A Lonesome Hobo
9. I Pity The Poor Immigrant
10. The Wicked Messenger
11. Down Along The Cove
12. I’ll Be Your Baby Tonight
Related Videos
How We Pack Your Records At Music Direct
Customers Also Bought