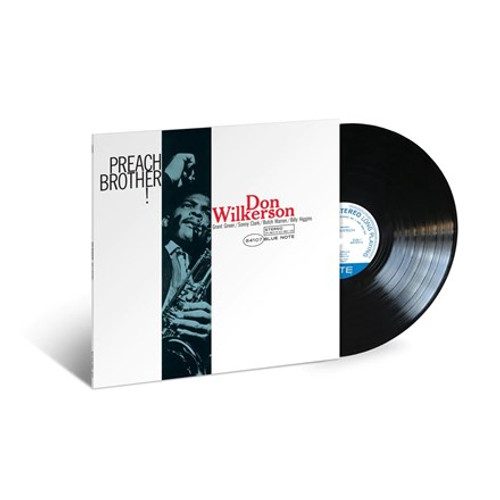 The deeply soulful Louisiana-born tenor saxophonist Don Wilkerson made his Blue Note debut in 1962 with Preach Brother!, an under-recognized soul jazz classic and a hidden gem of the label catalog. Wilkerson had joined Ray Charles' band in the mid-50s and played on several of the soul legend's classic Atlantic sides, the feeling of which carries over into this exuberant 6-song set of Wilkerson originals. Joined by Grant Green on guitar, Sonny Clark on piano, Butch Warren on bass, and Billy Higgins on drums, Wilkerson is an absolute powerhouse from the opening flourishes of the jump blues "Jeanie-Weenie" to the swaggering closer "Pigeon Peas." In between, Wilkerson takes his listeners to church on the irrepressible shouters "Dem Tambourines" and "Camp Meetin'," downshifts for the expressive "Homesick Blues," and carries on an animated conversation with Green's soul-drenched guitar on "The Eldorado Shuffle."